The Power of Written Storytelling: The Middle: Why Does Your Story Matter? (Part 2)

This is the second part of a series of posts about writing a story. (Again, when I write the word story, I mean a true tale, nonfiction). Here, I will discuss why your story matters and how to convey that. 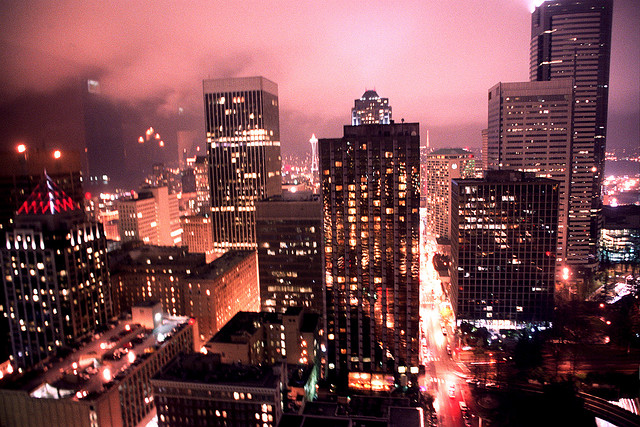 The more you can explain the significance of the story and why it matters the more people you will reach. (Photo credit: Ron Henry)

Have you ever started watching a TV show and season one is so absolutely amazing that you’re obsessively glued to the screen? So much so that you don’t hear the doorbell, you unconsciously ignore your ringing phone, and your significant other has given up trying to tell you about his horrible day and gone in the bedroom and slammed the door. None of this registers.

Then season two comes around, and it might be almost as amazing, but you can tell it’s starting to go downhill (which may actually be a good thing for your personal life). There may be a few things you frown about, and you forgive them because season one was so great and you’re really hooked on the characters. But then season three is pretty bad (you can’t deny it anymore), and season four is dreadful, but you’re loyal and you keep watching. It doesn’t get better, and you feel like you’ve been conned.

Well, when you’re writing a story for your organization you will have much less time to keep people engaged. People will stick around for lousy TV shows because they’re hooked, but when it comes to your story, they have a million other things to do (including watching those lousy TV shows). So ultimately, you have to find a way to keep them engaged, and it has to be totally stellar.

We discussed how to engage your readers in the beginning. The next few posts are going to discuss some tips on how to keep your readers’ attention through the middle of the story.

Why Does Your Story Matter?

This is exactly what you need to answer in the first few paragraphs.

For example, in “Invis­i­ble Child: Girl in the Shad­ows: Dasani’s Home­less Life” in The New York Times, reporter Andrea Elliott pulls you in by telling you about one child, Dasani, who lives in horrible conditions in a single room at a shelter with her seven siblings and her parents.

Then she broadens this and tells you Dasani is just one of 280 children at that shelter, and 22,000 homeless children live in New York, which, she writes, is “the highest number since the Great Depression, in the most unequal metropolis in America.”

To some extent Ms. Elliott is assuming, you, as the reader, will draw your own conclusion about why these background facts about homelessness are important. If one child is living like this — sharing one room with her large family, with little parental supervision and food, spending countless hours helping to raise her siblings, and despite being very smart, having a hard time at school — it’s likely others face similar situations. I think it’s implied throughout the story that the situation is disgraceful, and that the city needs to do more to help its homeless population, although Ms. Elliott doesn’t come out and write that directly.

Despite this and maybe because of my journalism training, in many cases I still like to say, let the facts speak for themselves. I think that can be more powerful. Either way, I would still consider a suggested action at some point.

Depending on how big and what reputation your organization has, you should also consider citing your sources because it make you sound more credible. And that can be as easy as adding in something like this: According to The New York Times, there are 22,000 homeless children living in New York.

In an incredibly long story like “Invisible Child,” you will probably have several paragraphs that keep broadening and explaining why the story matters.

Here are a couple more facts that speak for themselves:

“One in five American children is now living in poverty, giving the United States the highest child poverty rate of any developed nation except for Romania.

This bodes poorly for the future. Decades of research have shown the staggering societal costs of children in poverty. They grow up with less education and lower earning power. They are more likely to have drug addiction, psychological trauma and disease, or wind up in prison.”

Ms. Elliott continues to weave in more background information throughout the piece. To keep you engaged and to keep the story personal because you are already hooked on learning more about Dasani, she then links it back to her. “In the shadows of this renewal, it is Dasani’s population who have been left behind. The ranks of the poor have risen, with almost half of New Yorkers living near or below the poverty line.”

In “Enrique’s Jour­ney,” reporter Sonia Nazario tells the story of Enrique, a 17-year-old boy who travels from Honduras to California illegally, usually on top of freight trains, in search of his mother. He succeeded only on his eighth attempt.

As in “Invisible Child,” there are many places where Ms. Nazario points out more of the significance of Enrique’s story. He is one of “an estimated 48,000 children who enter the United States from Central America and Mexico each year, illegally and without either of their parents. Roughly two-thirds of them will make it past the U.S. Immigration and Naturalization Service.”

Again, the facts are laid out (you can be less objective than this although sometimes you don’t need to be). The point is as well as being drawn into Enrique’s story, you should care about him because he’s one of the many thousands of children that enter the United States this way.

In “Graves of Cot­ton,” a piece about farmers in India committing suicide mainly because of large amounts of debt, Fer­nando Molina Cortés leads with a farmer’s widow talking about her husband’s last moments. Mr. Cortés later explains:

“More than 270,000 Indian farmers, according to the National Crime Records Bureau, have taken their own lives between 1995 and 2011. Fourteen thousand did so in 2011 alone, or one every thirty-seven minutes. In India, farmers represent nearly seventy percent of the country’s population.”

He then says that despite the decline of farming as a section, some 850 million people still rely on farming for a living.

This is also the case for Chea Chok, the man I started my last post with, the fireworks maker in Cambodia. Despite losing an arm to the trade, he relies on selling fireworks for a living. In my article, I also highlighted that making fireworks is the trade of many families in Kompong Speu, and that it is a skill that has been passed down through generations.

In “Grow­ing Upside Down” Fer­nando Molina Cortés highlights that for Juan there is nothing strange about working for a living making bricks if you’re a 10-year-old boy. In fact, in Huachipa, where he lives, 85 percent of children have to do this kind of work. He then points out that in Peru, working is normal for “more than two million boys and girls aged five to seventeen.”

The personal stories of Dasani, Enrique, the farmer’s widow, Chea Chok, and Juan, draw you in. Then the authors explain why their stories matter on a broader scale. None of them are alone, and in each situation you can see how that affects society.

I’m breaking up the middle of the story into different sections, as there is a great deal to discuss, so stay tuned for the next part, which will continue discussing writ­ing the mid­dle of the story.