Developing a social media strategy is one of the first steps to understand how to get your organization’s message out to the world.

It’s not easy. There are no quick fixes, but it’s not just about post­ing a few messages on your channels every week and responding to a couple of comments. It’s about devel­op­ing long-term rela­tion­ships, build­ing trust, and find­ing and bring­ing the right audi­ence to you.

You don’t want to post too many fundrais­ers or ask your audi­ence to par­tic­i­pate in too many cam­paigns with­out pro­vid­ing any use­ful con­tent, advice, or offer­ing to answer ques­tions. Oth­er­wise, you will alien­ate your audi­ence. You want to work on under­stand­ing what your goals are and what you want to give your audi­ence. If you give to them, they will be more will­ing to sup­port you.

The following series will walk you through six steps to develop this strategy — When, Who, Why, What, Where, and How.

Don’t just skip to the how part of this series. It doesn’t work that way!

1. Developing Your Social Media Strategy: When Should You Create This? Who is Your Audience? (Part 1)

2. Developing Your Social Media Strategy: Why Do You Need Goals? (Part 2)

3. Developing Your Social Media Strategy: What Platforms Are You Already Using? (Part 3)

4. Developing Your Social Media Strategy: Where is Your Audience Hanging Out? (Part 4)

5. Developing Your Social Media Strategy: How Will You Do This? (Part 5)

Plus, don’t forget to check out this post: Serial Storytelling on Social Media.

Developing Your Social Media Strategy: What Platforms Are You Already Using? (Part 3)

This is the third in a series of posts about developing your social media strategy. Here, we will look at how to assess your online presence. 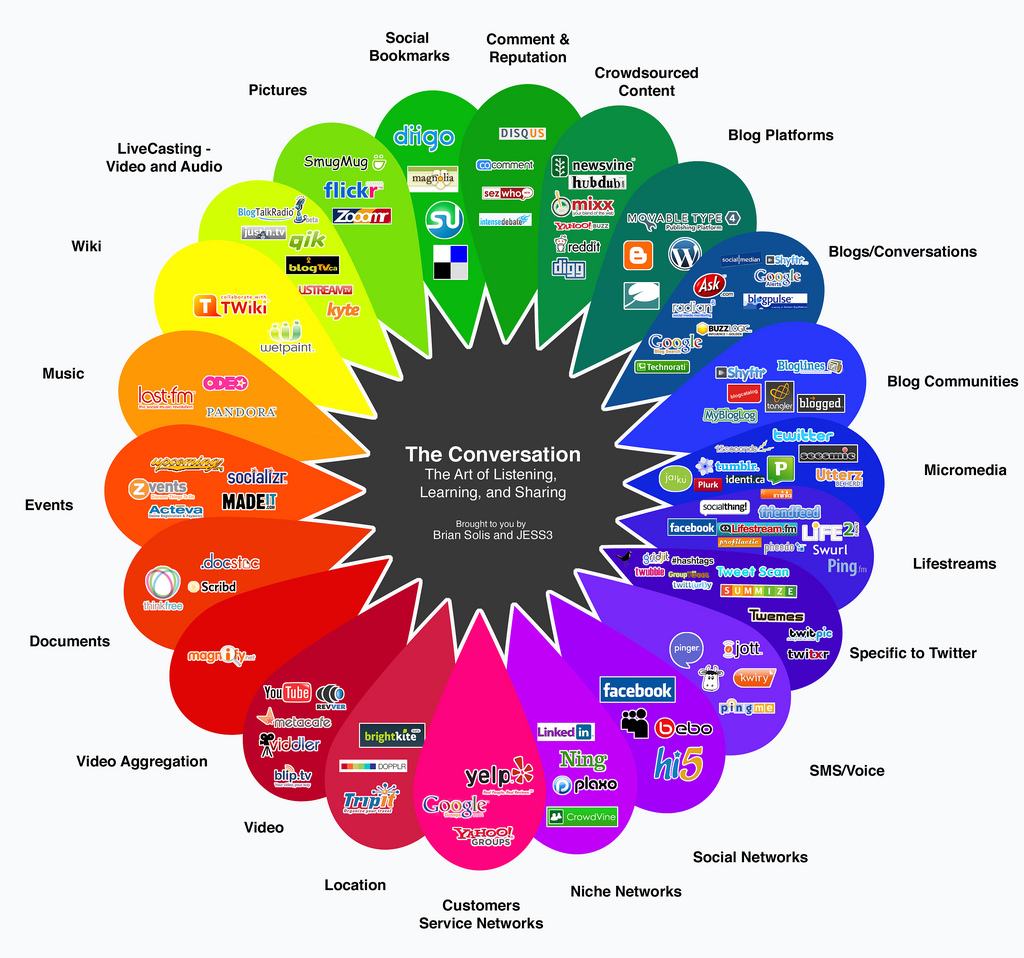 How do you currently communicate with your audience online? (Photo credit: Brian Solis)

WHAT Platforms Are You Already Using?

How do you currently communicate with your audience online? It could be through your website, email, press releases, blogs, or social media. Make a list and include the basics in one document. Assessing what you currently have will help you figure out where you can go, and where you should go (covered in more detail later in the HOW section).

While this post is about developing your social media strategy, it is important to keep in mind what other information your organization is pushing out online as well. If you work in a small organization, you may be putting all of this information online yourself. But if you work in a larger organization, this may be divided between several people or departments. In developing your plan and process moving forward, make sure you keep things as integrated as possible.

Most likely, you will be pulling information from your website or email to re-use on social media. So it’s good to know exactly what is being communicated. It will also help you to better respond to your audience. They might ask questions about what’s on the website, or what’s in a press release.

END_OF_DOCUMENT_TOKEN_TO_BE_REPLACED

Mr. Penumbra, His 24-Hour Bookstore, and the Future

It all started with Mr. Penumbra and his bookstore, his 24-hour bookstore that is, and the clerk Clay and his girlfriend Kat talking about the future (page 60). This happens in Mr. Penumbra’s 24-Hour Bookstore, by Robin Sloan, a fabulous short novel about a bookstore that is more than it appears, customers who never buy but check out endless books and, of course, a budding new romance. What could be more enticing than that? 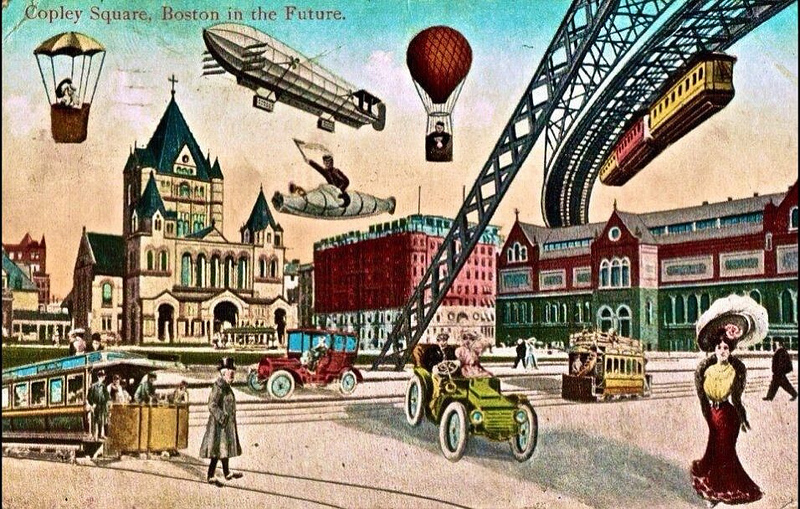 Where will the future take us? (Photo credit: Infrogmation)

Here’s part of the conversation from page 60, as we’re going to need to discuss that.

I pause a moment and then realize. “I can’t.”

Kat shakes her head. “It’s really hard. And that’s, what, a thousand years? What comes after that? What could possibly come after that? Imagination runs out. But it makes sense right? We probably just imagine things based on what we already know, and we run out of analogies in the thirty-first century.”

Ok, we got a little sidetracked on the sci-fi angle here. It was honestly the hover-boards that pulled me in as I would love to ride one. But let’s just imagine even 20 years into the future.

If we can imagine taking one leap, and thinking of that as something that already exists, then we can build from there. Suppose in the 1980s, we had imagined (and I suppose some people did) that everyone would be online all the time by the next century. What could we have imagined from there? Could we have realized mobile devices were going to be as prevalent as they are today?

The point is that once you go forward 10 or 15 years and realize that one assumption might come true, you can look for the next one. And then nothing seems unrealistic anymore. But if you try and skip from where we are now to something like 50 years later, it becomes more difficult. What would be easier to imagine first back in the 1950s? Having a dial-up Internet connection, or everyone having mobiles that they would carry with them that would have access to the Internet?